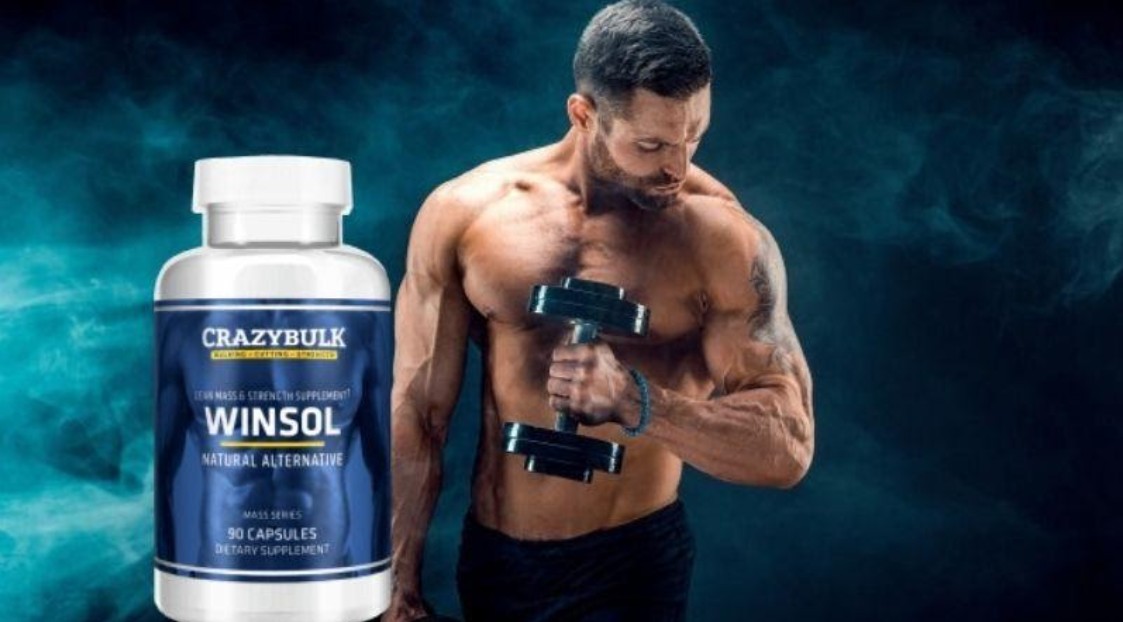 Ben Johnson’s 1987 Olympic win put Winstrol or Stanozolol on the frontline. Since then, this steroid has garnered a good number of fans for its potency (it’s more androgenic than testosterone times three!)

It’s evident that people go to different lengths to keep fit. While some people are cool with pushing weights and pulling strings and waiting for the eventual outcome which is muscle expansion, others prefer the quicker and faster path which is the use of steroids.

While the first is the natural and normal path to take, the second is artificial as it entails swallowing pills and taking injections to pump the veins and muscles.

Working out and sweating in the gym without the influence of steroids is advisable. However, many folks find it difficult to wait for the outcome because of the immediate impact they want to experience.

If you have decided to take the second option, there are quite a number of steroids that you can choose from. However, the sad thing is that a larger percentage of steroids produced have side effects which are sometimes irreparable.

Winstrol is one of the most common steroids and its popularity is down to the fact that it gives you hard and expanded muscles when you use it. It is always advised that you take the lowest possible effective dose of it due to the adverse effects of the substance.

But before talking about those side effects and alternatives, let’s introduce this steroid.

Winstrol is a steroid that exists in different forms and under various brand names. Its efficacy has been tested on animals and it was initially approved by the American food and drug administration (FDA).

However, its usage has been placed under serious surveillance albeit a couple of athletes and sportsmen still use it for doping.

It would be recalled that former Canadian athlete Ben Johnson had the gold medal he won at the 1987 Olympic Games overturned, following the revelation that he used Winstrol.

In the beginning, Winstrol (also called Stanozolol) was used to correct certain medical conditions and growth issues in children such as stunted growth, muscular diseases, as well as burnt skin.

How is Winstrol taken?

There are different ways of ingesting Winstrol. To be specific, there are three distinct methods through which this steroid can be passed into the body.

What is the dosage instruction?

All drugs react when properly used. These reactions and effects will become intense when more of the substance is taken than required. To avert a crisis, it is expedient that you comply with what the doctor or physician tells you.

Don’t derail from their instruction concerning the use of any pill, steroid, or supplement. Due to the sometimes irreparable side effects that Winstrol can cause, it is always advised that you take the smallest possible reactive dose.

You are expected to use 25mg to 75mg at most twice per day. You must be careful not to mix it with other drugs and steroids.

What are the side effects?

The side effect of Winstrol is similar to Trenbolone. Moreso, they have both been classified as controlled substances under the anabolic steroid control act that was established in 1990. If you are looking for a legal alternative approved by the FDA without side effects, checkout Winsol by Crazy Bulk.

Side effects of Winstrol

Are women allowed to use it?

Women are generally not advised to use this steroid because of the immense change it can cause in the composition of the human body.

How can I purchase Winstrol?

As explained earlier, Winstrol is a highly controlled substance. Te FDA has placed a ban on its sale and distribution across all cities in the United States of America. However, this steroid is not illegal in some other countries of the world and it can be found in stores and online outlets in those countries. However, in the United States of America, you may have to purchase from the black market dealers albeit you must be careful not to buy a counterfeit product at a price that is higher than normal.

Although there has been much outcry about the side effects of Winstrol, this steroid still serves its purpose of hardening and enlarging muscles. The outcome of its use usually becomes obvious in less than a month. Winstrol is easy to use and it eliminates body fat that may be detrimental to healthy living. Muscle and tissue repair is after with Winstrol.

Should you buy Winstrol?

On a scale of 1 – 10, I’d say, 4. Probably because it’s very effective. But if you still have use for your organs, then stay away. Winsol is a great alternative that is both legal and safe for your organs. You can grab Winsol directly from the official website here.